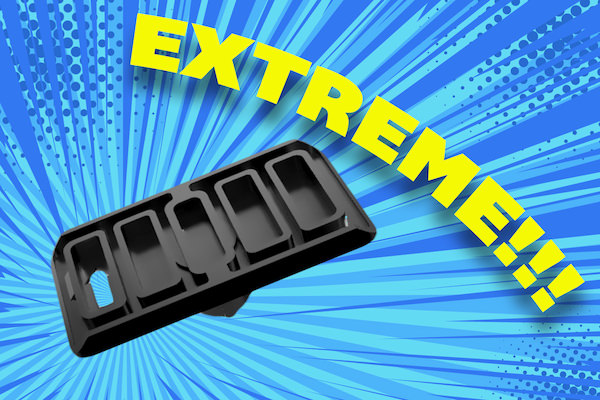 Have you seen the Plugbrush over at plugbrush.com? It's an awesome, 3d printed, cover that does more than just protect your charging port! It has a nifty allen wrench holder and can also be used to scrape off all of the rocks and grime stuck on your tire! So what's the Plugbrush Extreme? There are two major differences: 1. We increased the price by 8521%. 2. We added the word, "Extreme" to the name. Sure, you could buy the regular Plugbrush for a reasonable price at plugbrush.com, but then you wouldn't be able to tell people that you have the version with, "Extreme" tacked on to the end of the name. (note: The word, "Extreme" does not appear anywhere on the Plugbrush itself, nor does it appear on any packaging.)